Book Review: She’s All Caught Up, by Jamila T. Davis

Described as a “cautionary tale for young people”  Jamila Davis’ memoir She’s All Caught Up is also a fascinating look into the demimonde of shady deals and walking a thin line ethical line, from the point of view of the woman who became a millionaire entrepreneur at age 25.

Jamila Davis is currently serving 12 and a half years in a federal prison for bank fraud. Her case involves seven real estate deals in which she and several others fabricated home buyers’ financial statements so that they would be approved for mortgages.

In July of 2008, then United States Attorney Chris Christie (who is currently the governor of New Jersey and a Presidential hopeful) announced that Jamila Davis and another woman would receive “long prison terms for their roles in orchestrating a mortgage fraud scheme to defraud Lehman Brothers Bank … of more than $14 million.” Two weeks after Christie’s announcement, Lehman Brothers collapsed and nearly took the world’s economy with it. The bank that Jamila had defrauded, it turned out, had been involved in any number of shady or outright illegal schemes itself, though no Lehman Brothers executive has ever been charged with a crime. The man who prosecuted Jamila Davis, Chris Christie, has himself come under scrutiny for various scandals involving the abuse of his power as governor, missing federal funds for a railway tunnel, and the infamous “Bridgegate” case. Christie has not been charged with a crime, but the New Jersey state legislature and a federal grand jury are in the process of investigating several possible violations of law on the part of Christie and his staff.

Davis’ memoir, which she wrote in prison, does not focus on the irony of her situation or the unfairness of her sentence. This is not a book about the criminal justice system or about the different meanings of “justice” for wealthy white men and women of color. Rather, it tells the story of choices, roads not taken, insecurity and fears that led a talented teenager from Queens, New York to become a real estate broker making millions of dollars from questionable deals with well-known sports and music stars. Davis tells her story with honesty and insight into how the values she was taught by her parents – hard work and excellence in school – became warped by a need for instant gratification and approval from others. She details her thoughts and feelings as a young girl through the time she wound up sentenced to federal prison with a degree of candor, depth and insight that is rare in the tell-all crime genre.

Whether Ms. Davis’ crimes were the result of environment, poor choices, a natural intelligence not allowed to flower or a combination of all three is left for the reader to decide. Ms. Davis does not make excuses or blame her co-conspirators, who made plea deals in exchange for lighter sentences. She does not point out that the use of straw buyers and obtaining wildly inappropriate mortgages for financially unqualified home buyers were the norm for many banks in the 1990’s. The reader may wish she did and, indeed, there is another story in Davis’ tale: one about injustice, over-sentencing and a penal system burdened by the political expediency of a “throw away the key” mentality. But, as the author points out over and over,  her fear for other young women who are easily seduced by fast money and fame was the motivation for telling her story. She’s All Caught Up tells Davis’ story admirably well. And what a story it is. 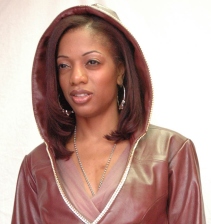 Jamila T. Davis is currently incarcerated at  the Danbury Federal Prison Camp For Women in Danbury, Connecticut. She is expected to be released in 2019. While in prison, Davis has become a motivational speaker and the creator of the Voices of Consequences Enrichment Series for incarcerated women.

By the Same Author

“The High Price I Had to Pay” Series by incarcerated women

Read More About Jamila Davis’ Case in Forbes Magazine’s “The Woman Who Brought Down Lehman, Or So You Were Told“

Riveting Account of a Racially-Motivated Serial Killer, by the Reporter Who Was There 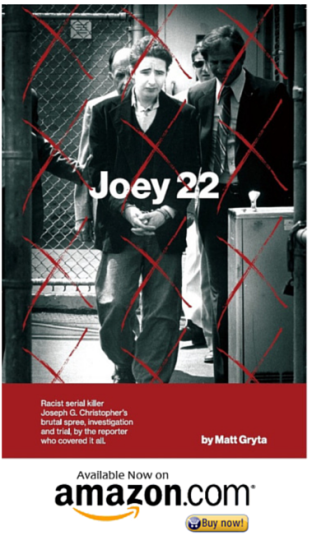 For four months, in 1980, the serial killer known as “The .22 Caliber Killer” terrorized Western New York with what appeared to be a racially-motivated killing spree.  The killer turned out to be 25-year-old Joseph Christopher, who was caught and tried 4 months after his first killing.  In all, he killed 12 people, some by rifle and some with a knife.  In 2 of the killings, he cut out the heart of his victims with a knife.

“Joey 22” is written by Matt Gryta, the Buffalo News reporter who covered the crime spree, the apprehension of Christopher, and the lengthy legal process that followed.  Because Gryta was there throughout the process, he is able to give a unique perspective on the crime and its effects on Western New York.  He not only presents the facts of the case, but presents them in the context of the time, when racial tensions were high throughout the United States, and the killing spree was seen as a symptom of the larger racial issues plaguing the country.

True to his roots as a reporter, Gryta has written a detailed, fact-based account that never crosses the line into melodrama or wild speculation. The facts of this case have enough drama on their own and do not need embellishment to be fascinating, and the author presents them in such a way that this true story reads like a top notch fictional thriller.  One of the most fascinating aspects of this book is the inclusion of the psychiatric report that was completed as part of Christopher’s defense.  It is the killer’s own account of the spree, from his point of view, and gives another perspective both on the crimes and on the killer’s psyche.

This is a mesmerizing account of a crime and of a killer that takes the sometimes confusing twists and turns in the case and makes them both understandable and absorbing to read.  In the end, the crime spree of Joseph Christopher is hard to fathom and probably impossible to fully understand. But “Joey 22” does an excellent job of giving the reader a window into the crimes, the killer, and the time and place in which the killings took place.  Highly recommended for anyone interested in true crime, history, criminology and for lovers of crime thrillers.

By the Same Author

Matt Gryta is a veteran crime reporter based in Buffalo, New York. A staff reporter for the Buffalo News for nearly four decades, Gryta has spent his entire career covering gritty stories of crime, punishment and violence in the state of New York.

Early in his career, Gryta served as a U.S. Army war correspondent during the Vietnam War.  More recently, he has appeared on E! Entertainment Television and Investigation Discovery to shed light on remarkable cases he has covered.

Connect With the Author

Your Book on Our Homepage: Donate to be Featured.